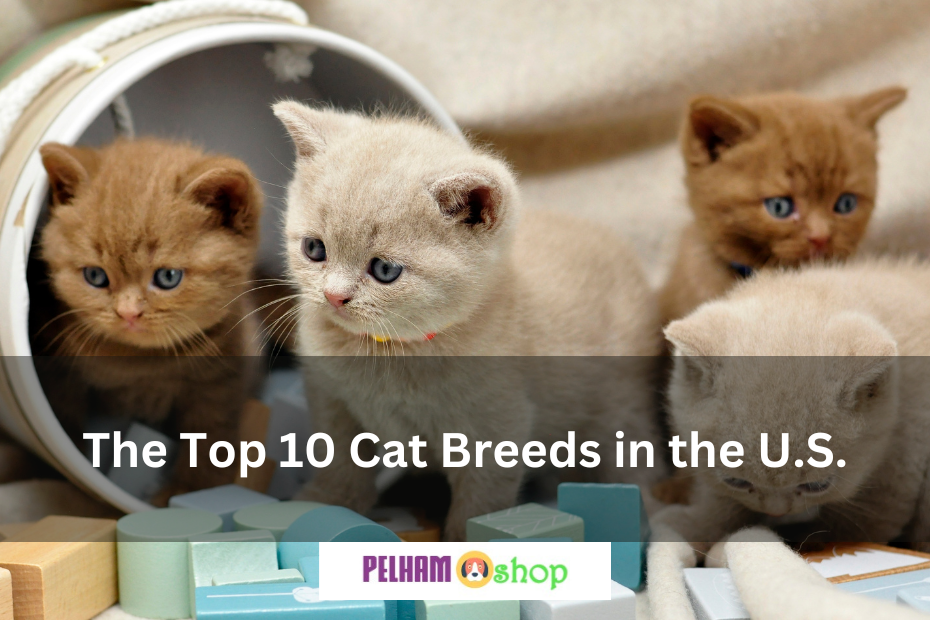 Two-fifths of Americans opted to bring a feline companion into their homes as a pet after the global community experienced the COVID-19 epidemic together and recognised they needed a bit extra comfort and companionship. The American Pet Products Association found that 45+ million U.S. households had at least one cat in the household. Less than one-tenth of cat owners report buying their feline friend from a breeder or pet shop. While some people bought their pets, others adopted them or took in strays. Cats are less work than dogs (they don’t need as much exercise or training), yet even with food and shelter, the average expense of keeping a cat is $801 a year.

Stacker looked at YouGov data on cat breeds and provided the 25 most popular in the US to help people decide which sort of cat would be the greatest pet for them. When comparing two cat breeds, popularity refers to the amount of individuals who have a favourable view of that breed, while renown refers to how well-known that breed is.

The Highlander, a cat with a wild look and a lively disposition, was introduced to the world in 1993 when Joe Childers had the idea to develop a feline that resembled enormous, muscular animals. While Highlanders are fun to play with, they also make excellent napping buddies. They have a long lifespan (about 10–15 years) and are wonderful with youngsters.

Originating in the 1980s, when a teacher from Louisiana discovered two pregnant, short-legged kittens beneath a vehicle and gave them the name “Munchkin” after the characters from “The Wizard of Oz,” who were also little and had short legs. Munchkins can perch on their hind legs like prairie dogs, and they are very inquisitive and drawn to glitter.

It’s important to remember that serval cats are still technically wild creatures; even if humans have figured out how to tame them, they still retain their wild nature. Their name implies that they are originally from the grasslands of Africa that are south of the Sahara Desert. They have a longer average lifespan than other felines, at about 22 years. African servals, despite their stunning appearance and high-class demeanour, are not the most popular pets. As a result of their anarchic nature, servals need large outside areas to roam and play in. Not only that, but they have a wide choice of meats and fish they prefer over ordinary cat food. Young children may be frightened by their rough play style. Possession is limited in a number of US states.

Many people exclaim over the Birman’s blue eyes and smooth, light fur because the cat is said to have descended from Tsun-Kyan-Kse, an Asian deity with blue eyes. She gave the Birman blue eyes to represent purity but left its feet white. The Birman, a breed of cat first officially recognised in 1925 by French registries for its amiability and laid-back demeanour, is a good choice for first-time cat owners.

The snowshoe is easy to spot in a litter because of its distinguishing white socks. According to the veterinary website PetMD, the breed was established when Siamese cat breeder Dorothy Hinds-Daugherty discovered three kittens with white feet in a single litter. Awed by them, she enlisted the aid of another breeder in an attempt to breed for that quality. After several generations of breeding, the breed we know today emerged, a hybrid of the Oriental shorthair and the heavier American shorthair (an older Siamese).

Although the Serengeti’s name may make them seem exotic, they are in fact a domesticated species. This cat, a cross between a Bengal and an Oriental shorthair, was designed to look like a serval, an African wild cat. You can count on them to be friendly and extroverted as well as loyal and fun. However, you should note that their dexterity might sometimes allow them to access locked cabinets and drawers. Put your valuables in a safe place out of harm’s way.

The Turkish angora is so sought after that a zoo in Ankara, Turkey, keeps breeding them for their unusual white fur and peculiar blue eyes (one blue and another in amber.) They are often rattled by changes in their routine, and their generally mild temperament might become volatile as a result. They are devoted companions with a beautiful gait. They have a lot of willpower, thus they usually succeed in getting what they desire. Due of their delicate skeletons, they need careful care to avoid becoming underweight.

There have been Egyptian Maus for as long as there have been cat people. Evidence of them may be discovered on papyri and in tomb paintings, and because to the efforts of an exiled Russian princess, their numbers have been kept from dwindling. This dog breed is very devoted to its humans, and they often express their love for their masters via vocalisations. They can run up to 30 miles per hour, making them the quickest domestic cats and ideal playmates for busy kids. These cats are the only domesticated felines that have spots that occur naturally rather than being bred that way.

Before Ann Baker of California started breeding them on purpose in the 1960s, ragdolls were free to wander the wild. Their gorgeous blue eyes are a dead giveaway that this breed is also one of the most sociable, energetic, and low-maintenance around. Their name comes from the way they occasionally “get limp” in their owners’ arms when lifted up. They like being with their owners, but only in a spectator role. These cats are prone to sloth and need regular encouragement from their owners to get some exercise.

Ragamuffins, like ragdolls, are floppy and want to be held. What’s more, ragamuffin and the narrative of California breeder Ann Baker have a lot in common (see above). A subset of ragdoll enthusiasts had disagreements with other ragdoll enthusiasts, leading to conflicts about the breed’s future and the creation of the ragamuffin. The scofflaw is really rather nice. Because of its low activity level and ability to adjust to new situations, it is a suitable pet for those living in apartments.