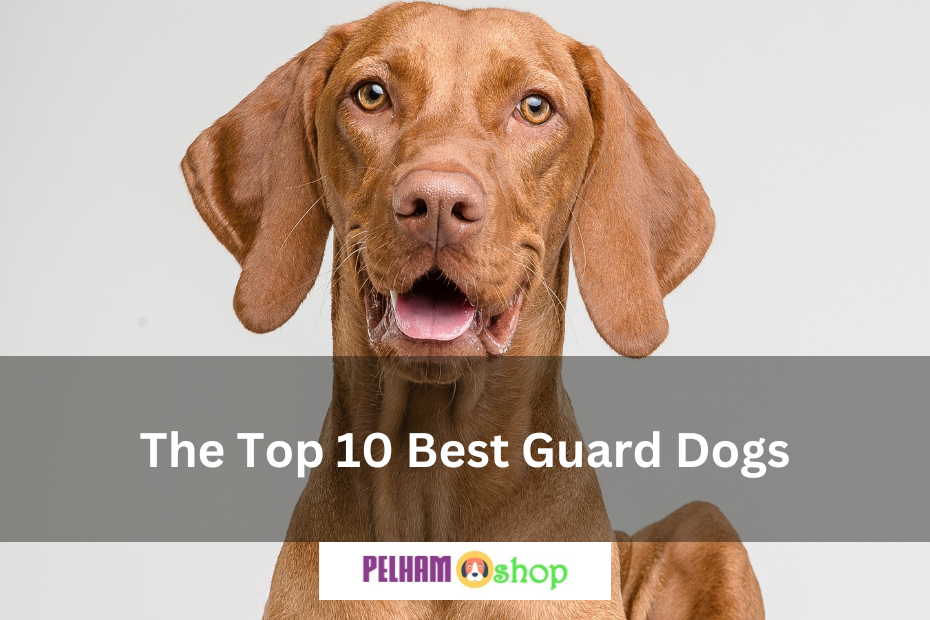 A dog is more than simply a pet to many people; he or she is also a buddy, a family member, and sometimes even a safety precaution. Their level of protectiveness, however, will be heavily influenced by their breed. The majority of dogs may show some degree of family protection, but certain breeds are just too sociable and eager to become good guard dogs. If you want to choose a guard dog that fits in well with your family and routine, learning about the individual characteristics of the breeds most often used is essential. Because of this, we compiled a list of some of the most effective guard dog breeds.

The Qualities of an Effective Guard Dog.

Consider reading up on what characteristics make an effective guard dog before you begin researching breeds. A good guard dog will be very protective of its human family, even to the point of being cold and distant from anybody it deems a threat. The perfect canine guardian won’t be too aggressive or erratic, of course. A dog’s ideal personality would strike a nice mix between friendly and watchful sides. The most effective guard dogs will have strong defensive drives and will likely raise the alarm if an intruder of strange appearance approaches the home or property. The dog must learn to recognise when it is safe to approach people it knows, as no one wants to be attacked by an overzealous pet. Therefore, we have compiled a list of the greatest guard dog breeds currently available.

The German Shepherd is a well-respected and much adored breed. German Shepherds, a breed often utilised by law enforcement and the armed forces, also make great security dogs. The German Shepherd is not only a powerful and agile dog, but also a very intelligent one. They may be quite devoted to their family and have a natural tendency to defend them. A German Shepherd is the dog breed most likely to exhibit the perfect harmony of qualities: they are intelligent, loyal, and may be aggressive when necessary. Best of all, they are really patient and kind with little children.

Don’t let the adorable appearance of these evasive puppies mislead you. The Akita is a huge breed of dog that looks like a bear due to its thick fur and stocky build. A surprising degree of agility and other trustworthy qualities lie behind that fluffy exterior. These canines make excellent security dogs due to their brute strength and inherent aggression. This hostility, of however, is saved for actual enemies; your loyal Akita won’t let any intruders into your home. However, you should know that Akitas are independent-minded, so they aren’t great for first-time dog owners. It takes time and effort to form a close relationship with an Akita, so be prepared. The time and effort put in are more than compensated for by the companion you get.

The Bullmastiff is a large, muscular dog descended from Mastiffs and Bulldogs. This breed is highly sought after because it is a sign of the rugged, macho image that is so popular nowadays. Ancestrally from England, where they were bred to find and stop poachers, these canines have maintained their guard dog traits. This implies that a Bullmastiff guard dog will fight an intruder and keep him down until aid arrives if he or she does manage to break into your property. Remember that bullmastiffs may have a high-energy, aggressive personality, so a calm, consistent upbringing is crucial if you want to form a strong relationship with one.

Doberman Pinschers, in addition to being a very athletic breed, are also powerful and exceptionally bright. These canines are excellent guard dogs due to their menacing look and protective nature. Dobermans, on the other hand, might be overly reserved and guardian at times. It’s possible they’re not great at hanging out with kids and playing silly games.

This enormous, fluffy breed may seem harmless, yet despite its fluffy white coat, the Kuvasz is a very territorial and protective breed. The Kuvasz, a breed of dog with deep roots in Hungarian culture, has long been known for its protective, watchdog behaviour. In addition to their herding function, these dogs were originally developed to protect their owners’ livestock from predatory big animals, so you can trust them to protect your family and property. The Kuvasz is an excellent choice for a pet because of its friendly demeanour, quick learning curve, and high bonding potential.

Although the American Staffordshire Terrier has certain characteristics with the American Pitbull Terrier, the AKC recognises it as a distinct breed. These pups are robust for their size, with a medium build. This breed is loving and dependable at home, but will battle to the death to protect its group. American Staffordshire terriers personify the ideal combination of playful vivacity and strong protectiveness that each devoted family needs. Because of this, they make excellent family pets.

The Rottweiler’s muscular build and formidable jaws make it clear why this breed is so effective as a guard dog. Though they are docile and friendly with people they know and love, these canines are extremely loyal to their pack and wary of anybody they don’t know. Rottweilers have a high IQ and may be easily trained. Within seconds of identifying danger, they may fortify themselves into an impregnable barrier that no invader can breach.

The Giant Schnauzer isn’t really the first dog breed that comes to mind when you think of a guard dog, but don’t let its size fool you. Don’t be shocked, however; these canines are just predisposed to be dominating and devoted. This breed is very loyal to its human family and will do anything to protect them. Although they seem soft and cuddly, inside that fluffy exterior is a muscular and strong body that offers them an advantage over any adversary.

The history of the Rhodesian Ridgeback is rich, and the breed itself is uncommon. Great security dogs are to be expected from a breed originally bred for lion hunting. The Rhodesian Ridgeback is a natural guard dog because to its fierce loyalty and devotion to its family. Keep in mind that this breed is not known for its obedience and is instead known for its stubbornness and strong will. Consequently, they call for extensive preparation.

The Komondor’s lack of guard dog qualities is the last thing anybody notices. Don’t mind the funny stares, however. The original purpose of these massive canines was to guard sheep from wolves and other enormous predators. The Komondor is a faithful friend that would willingly sacrifice its life for its family, despite the fact that its thick, fluffy coat could make it appear more like a cuddly lap dog than a dedicated guard dog. Because of this, they are perfect for a home with children.