Ten Most Loving Types of Dogs 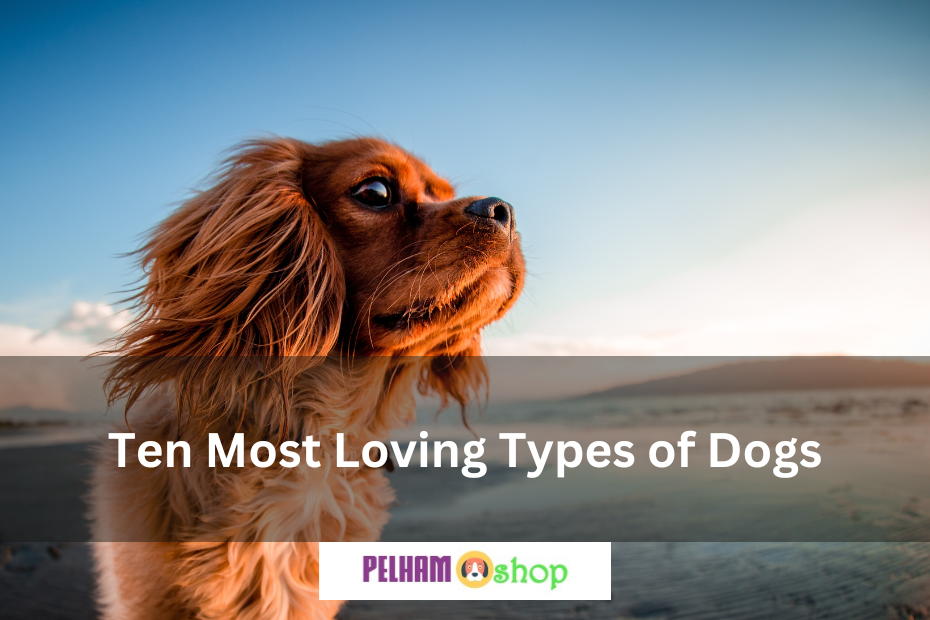 The world would be a better place if everyone had a puppy to snuggle with. Any of the dogs on this list is certain to be a faithful companion.

Curling up on the sofa with your devoted canine partner is the next best thing to getting a huge kiss from your significant other or being showered with affection. The love and devotion of certain dogs is so great that they want constant human attention. We’re happy to share our list of the top 10 most loving dog breeds in recognition of this apparently boundless amount of endearing loyalty.

Emotions are real, and we know that dogs experience them. We know they are capable of feeling and experiencing emotions, and that they can sense and respond to our own. In addition, we all know that there are those canines with whom we click better, share more laughter and love with, and generally have a better time. In a serious way, you get us.

Why do certain types of dogs seem to attract more attention than others? And what kinds of dogs are those that love more freely and with more openness? Most people choose a dog because they want a companion, so they may be dissatisfied if they end up with a breed or background that makes them less likely to show love. Of course, this has nothing to do with the dog itself; every breed has its own unique characteristics. But if you want a loving dog that will never stop showing it to you, look no further. Read more on some of the lovable breeds we have here.

The Golden Retriever’s kind disposition and desire to be around humans have ensured the breed’s continued popularity. They develop deep attachments to their human families, so it’s normal for your Golden to want to be at your side everywhere you go. If he isn’t there, you may want to go looking for him.

Under all that fur, there’s a heart full of compassion. The Havanese is sociable and submissive, and he enjoys being around his human companions. The presence of children is a plus, since this breed like playing with youngsters. The Havanese is not like some other tiny breeds of dog, which might be more possessive and territorial.

Although the Bichon Frise’s fluffy white coat is its most recognisable feature, the dog’s kind demeanour is just as well-known. These little canines are so kind and loving that they are guaranteed a spot on our list of the most sociable dog breeds. Apart from being a great companion, his hypoallergenic fur is an added bonus. For these reasons, they make an excellent addition to any home as a pet.

It’s not a particularly mushy sheep; it’s the Bedlington Terrier. The Bedlington Terrier has opted for a career as a lap dog, despite the stereotype that terriers are stubborn and independent. Although still a high-energy breed with a lively demeanour, when it’s time to relax, this dog breed cheerfully takes his position among the most loving. In all honesty, you’ll feel as if you had a huge old lap dog. You do.

The Bulldog’s stocky build, wrinkly skin, and threatening overbite may not immediately bring to mind cuddly canine breeds. Fans of the Bulldog, however, know better: this popular breed is really rather docile and loyal to all members of the family. Because of their endearing nature and unwavering loyalty, it’s impossible not to adore them.

Although pugs are little in size, that doesn’t mean they lack in character. These canines are kind, active, and interested in spending time with their humans. Pugs are friendly and social dogs that make excellent companions for families. They are very loyal and like being in the thick of things (like your lap and supper).

The Cavalier King Charles Spaniel is not only one of the quietest dog breeds but also one of the most loving. This dog type is very sociable and loves spending time with its masters. If you allow him, he’ll spend all day curled up on the sofa next to you and following you wherever you go.

Whether they have a rough or smooth coat, Collies are great pets for any household. This breed is not only very intelligent, but also very loyal. He’ll happily let you cuddle up with him beneath the blankets for hours as you stroke his tummy.

Don’t believe the hype that says American Stafford Terriers are always hostile. The American Staffordshire Terrier is one of the most lovable and docile canine species out there. These canines are social butterflies with a zest for life. Trainers often cite them as one of their favourite species to work with while preparing service animals.

To be fair, shelter dogs aren’t technically a breed, but they’re the most lovable canines we’ve ever met. That may be because they’ve been left all alone for so long or because they’ve been abandoned. A rescued dog will shower its rescuers with unconditional love and devotion for the rest of their lives. We’re certain that after you adopt a dog from a shelter, you’ll agree that they’re the most lovable pets you’ll ever meet. It’s as though they realise you’ve saved their lives and will be eternally thankful to you. Adopting a stray dog from the pound is a decision you won’t ever come to regret