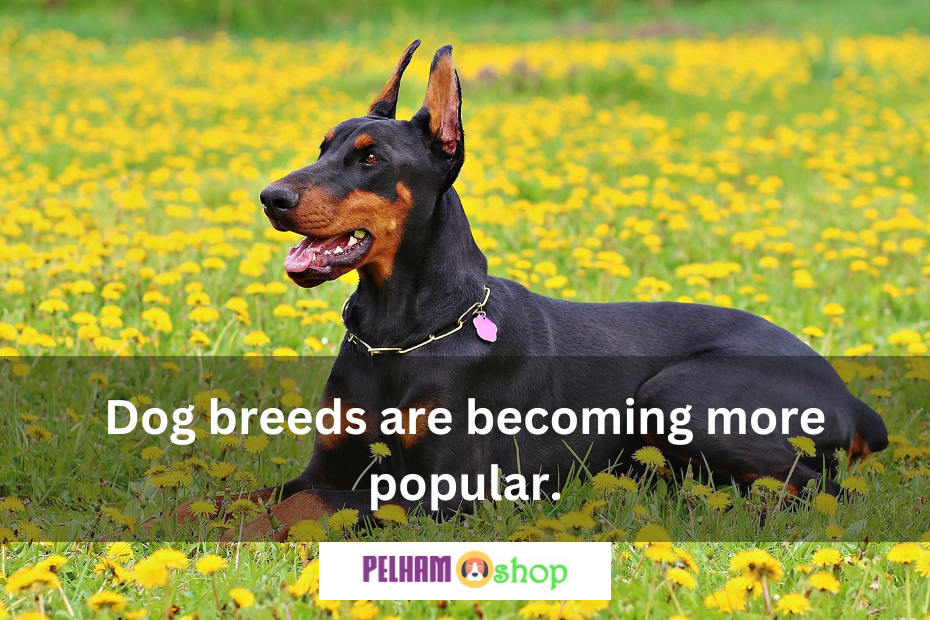 Sorry, cat lovers, but we all know that dogs are man’s best friend. No other animal displays the pure, unadulterated delight of a dog welcoming its human mate after a hard day at work. Dog owners must question themselves, “Does anybody love me as much as my dog?” Of course, the answer is most likely no.

Dogs are wonderful companions for humans, but they are also miracle workers. They’ve saved the lives of many owners, contacted 911 in crises, served as guide dogs to people and to each other, and have stood the test of time as devoted friends for at least the past 35,000 years. However, as time passes, so do pet owners’ tastes. Breeds that were popular a few decades ago may have gone out of style. In certain circumstances, an underdog might ascend to the top of the rankings.

Continue reading to find out which dogs have grown in popularity over the past two decades.

Who can resist the smiling Samoyed, a cold-weather working dog who can warm your heart? The strong puppy is a sweet and loyal fluff ball that is as practical as it is beautiful. The working dog is a versatile animal that loves to sled, herd, and train.

It’s simple to understand why the Russell Terrier is becoming more popular. The energetic and inquisitive working terrier enjoys the great outdoors and makes an excellent companion for walks, treks, and rides. The breed’s similarity to a soft toy is an extra advantage.

Even dog breeds may benefit from some exposure now and again. That’s what occurred when Siberian huskies debuted on “Game of Thrones” as dire wolves. Despite animal welfare organisations encouraging people not to buy these dogs unless they realise the significant amount of exercise and care they demand, the show undoubtedly contributed to the breed’s popularity surge. The Siberian husky is a free-spirited, lively, and friendly dog for people who are willing to put in the effort.

Brittanys are named for the French area where they were initially produced, as well as many ladies born in the 1990s. This breed is cheerful, loving, and active. Brittanys respond nicely to obedience training as well. These dogs have steadily increased in popularity, remaining in the mid- to high-20s on the AKC list for many years.

No, it’s not about them in that Devo song. Whippets, on the other hand, have a lot going for them. The whippet became famous for its racing abilities and convenience of family life since it was small, nimble, and independent.

The AKC’s tallest breed is regarded for being a dignified, mild-mannered big-game hunter. The history and legends of Irish wolfhounds date back to antiquity, while the AKC acknowledges that they were bred from British and Middle Eastern hounds. By the 1700s, Irish wolfhounds had hunted wolves so effectively that they were almost extinct due to a lack of job. They are still appreciated as huge, peaceful companions today.

It’s simple to understand how the Bloodhound, recognised for his capacity to discover missing and hidden persons, finds its way into the hearts of families in a world where many feel lost. The sociable and inquisitive dog is distinguished by its wrinkled, loose-skinned face, long, floppy ears, and huge eyes. The Bloodhound, with its strong sense of scent and calm attitude, makes an excellent best companion for all members of the family.

As our society has eliminated entrenched, unfavourable prejudices about the breed, Doberman pinschers have become more popular. Many people mistake Doberman pinschers for highly aggressive, even evil, security dogs. Doberman pinschers are known to be exceptionally clever, affectionate, and receptive to strong leadership. This dog is also a recent prize winner, which has contributed to its popularity.

With its droopy face, robust physique, and menacing stature, the mastiff creates a strong first impression. Males may weigh as much as 230 pounds. These canines may seem formidable, but they are really kind, affectionate, and excellent with children. Mastiffs have gained popularity in recent years due to their friendly temperament and courage as a watchdog and family protector.

The normal schnauzer is the original form of the huge schnauzer, which is also on this list. This “sometimes willful but always dependable” dog was so popular that breeders were encouraged to make both bigger and smaller variants. An AKC article asks, “Why doesn’t everyone have a standard schnauzer?” to emphasise the breed’s expanding popularity.