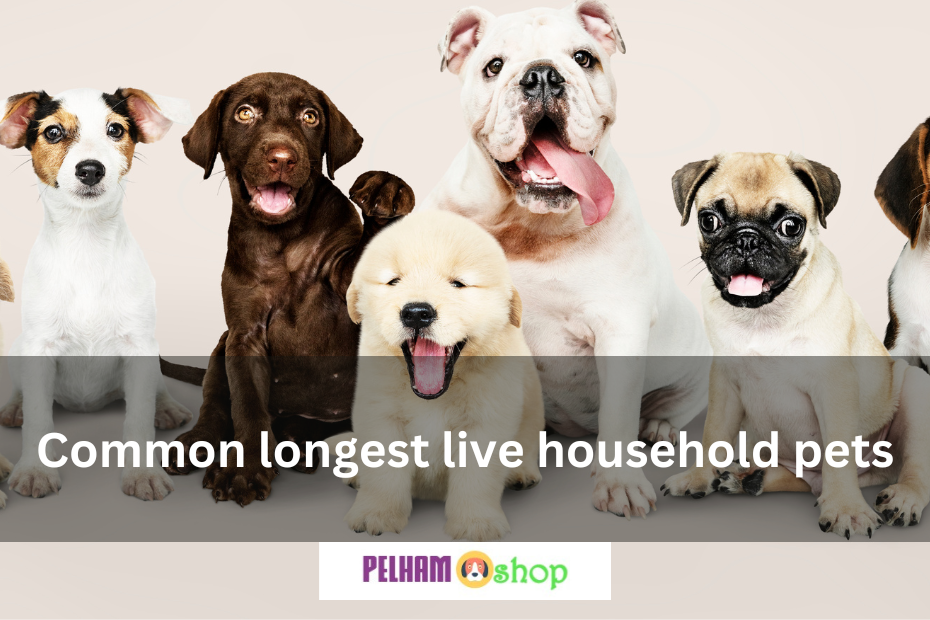 Many individuals can’t imagine their life without the companionship of some kind of animal. A pet may be a great stress reliever, friend, and source of internet-based entertainment in the form of adorable pet videos. Despite its many benefits, pet ownership is marred by an unfortunate reality: animals often have far shorter lifespans than humans.

Dogs and cats age more rapidly than humans because their metabolisms are more active. This equates to around 13 years as an average lifetime for dogs. The average longevity of a cat is roughly 16 years, making them somewhat longer-lived than dogs. But what about longer-lived creatures?

The Lhasa Apso is one dog breed that tends to live longer than the others since it was developed to endure a variety of challenging environments. The lifespan of other pets is a natural phenomenon. Because of their sluggish metabolic rates, turtles age more slowly than other animals. There may be a huge range in how long different pets live. Goldfish in a garden pond are likely to survive for over a decade, compared to the two years or so of a domestic goldfish. The lifespan of its relative the wild carp is often doubled. For some perspective, the oldest captive goldfish ever recorded was 43 years old.

Paradoxically, parrots have a lifespan comparable to that of some of the longest-lived mammals. According to scientific research, little birds in the wild have a lot of potential threats, therefore their lives are on a tight schedule of high metabolism and rapid reproduction. In contrast, large parrots face few predators in the wild, and their reproductive cycles progress at a more leisurely rate. They also contain built-in antioxidant defence mechanisms to stave against cell harm. It is important to make provisions for domestic parrots in wills and estate plans since many outlive their owners.

However, the qualities that make parrots and other birds such fun companions also make them difficult to manage. For instance, African grey parrots have a reputation for being loving companions, but they also have a tendency to be overly emotional and needy at times. They become sad and unwell when they aren’t given enough attention and stimulation. Having to change hands several times over the course of their long lives might be stressful for them. Owners of pets with unusually lengthy lifespans may find themselves doing more maintenance work than they bargained for.

Even yet, many individuals are willing to put up the effort required to secure a lifelong friendship. Stacker used scientific studies and pet owner sites including Pet Helpful, Reptiles Magazine, the Lafeber Company, and a Genetics article on dog qualities to build a list of the longest lasting household pets.

Lizards make interesting and long-lived pets. Leopard geckos may live for over 20 years, while green iguanas can live for up to 15. When provided with enough care and a safe environment, a captive lizard may easily outlive its wild counterpart. The appropriate conditions, including enough lighting, space, temperature, water supply, and humidity, may help extend their lives.

The common goldfish lives longest in an outdoor pond that resembles its natural environment, lasting an average of 10 to 14 years if they have ample space to grow. A goldfish in a bowl or small aquarium is likely to die after two or three years. According to the Guinness Book of World Records, the oldest known goldfish lived 43 years.

Jack Russells, Parson Russells, Cairn terriers, and West Highland White terriers are among the tinier dog breeds that may expect to live the longest. The American Kennel Club points to a research that shows bigger canines mature and age more rapidly than smaller dogs. In addition to the obvious measures, such as exercise and veterinary care, doctors recommend avoiding overfeeding pets to prevent heart disease, sterilising them to prevent some malignancies, and keeping their teeth in excellent shape to prevent hazardous germs from entering their bloodstreams.

Pomeranians are a little breed of dog descended from Icelandic and Lapland sled dogs. PetPom claims the oldest canine of this breed lived to be 21 years old. Two Pomeranians survived the sinking of the Titanic in 1912, although their survival probably has little to do with their breed’s genetic predisposition for long life.

Fluffy white Bichon Frises were used as barter by seafaring sailors in the Middle Ages, perhaps owing to their resilience and tiny size. The French phrase for “pampering” is where the name “bichon” originates, which explains why they were popular among French royalty during the Renaissance.

One reputable research of canine genetics found that the lifespan of some little poodle varieties was “appreciably” longer than that of bigger types. The toy poodle, which typically stands at less than 10 inches, has a longer lifespan than the miniature and standard poodles. The most common and serious health issues caused by toys are skin cancers and Cushing’s Disease, which is caused by hyperactive adrenal glands.

Dogs of the Lhasa Apso breed were developed specifically for life in the harsh Himalayas. They are hardy, adept at maintaining body heat, and equipped with huge lungs that aid them in the harsh alpine environment. The Dalai Lama sent the United States the first members of the breed as gifts. A 29-year-old Lhasa Apso was the oldest of its kind.

A two- to five-year lifespan is typical for an outdoor cat, but indoor cats should expect to live much longer than that. Indoor cats having a lower danger of harm from automobiles, other animals, or accidents; they are less likely to be exposed to infectious illnesses; and their owners may be able to see any health issues more quickly. However, indoor cats require a lot of exercise and should not be overfed. The oldest documented cat lived for 38 years, according Guinness World Records.

Corn snakes, ball pythons, Burmese pythons, and king snakes, in particular, may survive for decades when kept as pets. They may thrive in captivity if provided with the necessary conditions, including the appropriate temperature and humidity, a heat source, a cool retreat, a hiding area, and structures to climb. Snakes have developed a way to delay their need for food by many weeks: they slow their metabolism. The ball python is the oldest snake ever recorded, living to the ripe old age of 48.

The right conditions, including heat and light, may extend the lives of turtles like red-eared sliders and painted turtles by decades. Their low metabolic rates contribute to their lengthy life spans by reducing their susceptibility to sickness and extending their biological youth. A research on the western painted turtle discovered that the species’ genes helped to shield its organs from low oxygen levels, which may help explain why it lives so much longer than other animals.